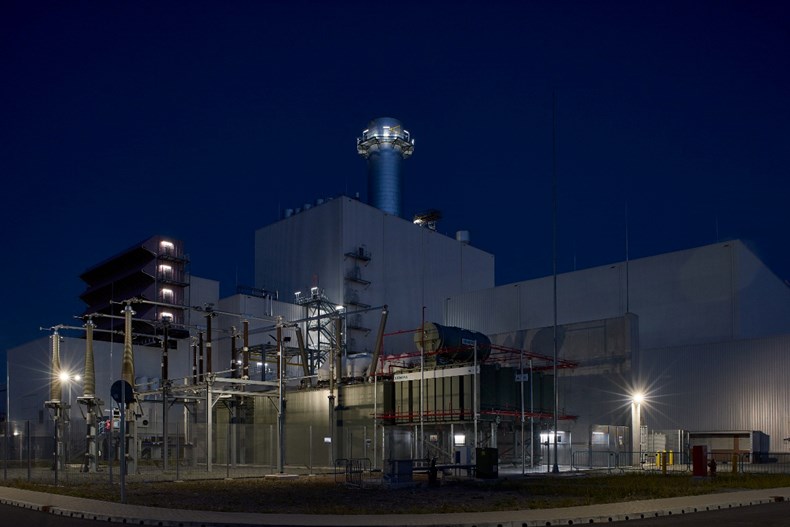 We may be only a handful of days into the new year but time is already running short. For the UK to deliver on its net zero ambition, the next 12 months can either pave the way for crucial final investment decisions to be made in 2024 or result in that capital moving elsewhere. It means real and tangible progress – on passing necessary enabling legislation, providing clarity on business models for the infrastructure required to deliver and turning high level targets into defined policy – is not simply a desired outcome but an essential one. It is the only way developers and investors can have the confidence to give vital decarbonisation projects the go ahead. For developers of carbon capture and storage (CCS) projects, we need the UK Government to be clear on its ambition for this technology.

The price of inaction is high. We know the future we want to arrive at – it is one powered, in the main, by offshore wind and backed up by flexible and dispatchable power that is low-carbon in its own right. It’s a future in which security of supply is assured and energy is affordable. Failure risks carbon lock-in for another generation, with decisions on extending the life of existing unabated assets and the addition of new unabated capacity looming.

Industry is pushing hard to make progress. Within SSE Thermal, we are developing several low-carbon options with a focus on carbon capture and hydrogen. Just last month, we secured planning permission at our Keadby 3 Carbon Capture Power Station – making it the first Power CCS project in the UK to gain a Development Consent Order. But this is just one part of the puzzle. While progress has been made in the UK Government’s Cluster Sequencing Process, we await a decision on the allocation of the first Dispatchable Power Agreements and whether Keadby 3 will be one of the projects chosen. And perhaps more importantly, we have no line of sight on what the Government’s ambition is for Power CCS beyond ‘at least one’ Power CCS unit by mid-decade.

Power CCS offers many advantages when it comes to decarbonising the GB electricity system en route to net zero. Indeed, research from LCP Delta, commissioned by SSE, shows that the UK Government’s proposed emissions reductions from electricity for 2035 could be accelerated to 2030 by combining its 50GW offshore wind ambition with a step up in deployment of Power CCS. By adding between 7-9GW of Power CCS to the UK’s 2030 offshore wind ambition, an additional 18 million tonnes of CO2 could be saved by 2040 through limiting carbon emissions during periods when the sun isn’t shining and the wind isn’t blowing.

"That isn’t to say Power CCS is the entire solution, but under current plans its potential contribution to the future energy system simply isn’t being fully realised. That’s why greater ambition and action is needed, especially as it would give developers the confidence to bring forward these projects for delivery by 2030."

That’s a message I made clear when I appeared at the BEIS Select Committee on decarbonisation of the power sector in November.

It’s also important to consider how Power CCS in our industrial clusters can underpin the development of a hydrogen economy. The potential of hydrogen is well-trailed, not only in power generation but also in the wider decarbonisation of hard-to-abate sectors. SSE Thermal sees a significant role for hydrogen power generation alongside Power CCS, with both technologies offering flexible capacity to support a renewables-led transition. However, hydrogen is at a much earlier stage of maturity than Power CCS as an economic and scalable route to decarbonization and investment is needed to establish its potential.

Next month, the UK will mark its first-ever Hydrogen Week and at SSE Thermal we are taking the bull by its horns and progressing a unique project. The Aldbrough Hydrogen Pathfinder would unite hydrogen production, storage and power generation in one location by the middle of this decade and support the evidence base for wider deployment of flexible hydrogen power.

Fundamentally, the project aims to prove the integral role hydrogen can play in the UK’s net zero journey. It forms a key element of our wider plans to decarbonise the Humber – the UK’s most carbon-intensive industrial cluster – and we believe it will clearly showcase how electrolytic hydrogen can provide home-grown security of supply while adding vital flexibility to our electricity system.

We continue to invest

SSE Thermal is incredibly well placed for delivery, not only of this project but of the many other low-carbon developments we are aiming to bring forward across the UK. Company-wide, SSE is investing more than we earn in profits and we believe alongside renewables, both Power CCS and Hydrogen are crucial technologies to bring the UK to net zero.

But the clock is now ticking. By our own estimates, if the system investment required to meet 2030 targets had been delivered by 2022, around £30bn would have been saved in GB expenditure on gas last year. That underlines the cost of delay and inaction. So, let’s ensure that we aren’t left ruing what might have been as the clock strikes midnight at the end of 2023. Instead, let’s make the decisions today so we can all feel the benefit tomorrow.