In 2021 the world is remarkably unified in tackling two global crises, both of which have monumental consequences for humanity as a whole. While thankfully light is starting to appear at the end of the coronavirus tunnel, with vaccine programmes well underway, we clearly have a much longer fight on our hands when it comes to climate change.

Timescales aside, the solutions to both emergencies are not all that different. It’s about investing in the right technologies and deploying them as quickly as possible. And like the variety of vaccines being utilised to the combat the pandemic, it will take multiple technologies to solve the climate crisis too.

However, these crises converge in another, more tangible way, and nowhere is this more evident than in the Humber region. As we emerge from the impact of coronavirus, we have a clear opportunity to build a cleaner, more sustainable economy for the future, tackling climate change and securing the future of our industrial heartlands at the same time. It’s crucial we maximise the benefits of a green recovery in the Humber, the UK’s largest industrial cluster, safeguarding key sectors by sustaining and creating the high-quality jobs on which our communities rely.

By decarbonising the Humber, we will not only secure its future through the economic recovery and beyond, but we will give a vital shot in the arm to the UK’s target of net zero carbon emissions by 2050. Put simply, as the UK’s most carbon-intensive region, with a diverse range of ready-to-deliver projects, the Humber has to be at the centre of the UK’s plans for a green industrial revolution in the years ahead.

SSE Thermal has a long history in the region, from our former iconic power station in Ferrybridge, to our cutting-edge Keadby 2 station in North Lincolnshire, to our gas storage sites on the east coast. We know how important the Humber is to the UK, and, as highlighted in the recent Industrial Clusters report published by Accenture in collaboration with the World Economic Forum, how the region can be a ‘lighthouse’ project for other clusters across the world.

As we transition to a net zero future, it’s vital we’re realising this potential by investing in essential carbon capture and hydrogen technology, which can decarbonise energy generation, heavy industry, heat, and transport in the region. Through the Zero Carbon Humber partnership, we are working alongside other major energy and industrial companies to invest in shared infrastructure that will allow these technologies to transform the Humber into a ‘net zero cluster’ by 2040. 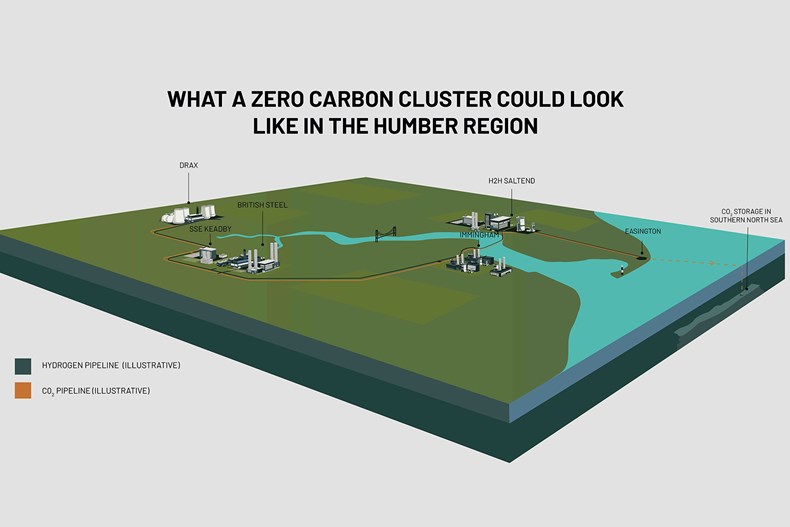 Capturing the potential of the Energy Estuary

That’s why SSE Thermal is developing projects like Keadby 3, using carbon capture and storage (CCS) technology to decarbonise our gas-fired generation, which is cheaper, more flexible, and easier to deliver than the alternatives. CCS can capture around 90% of the carbon dioxide emissions produced through electricity generation and industrial processes, preventing the carbon dioxide from entering the atmosphere. The carbon dioxide is then transported using shared pipelines before being stored safely underground. The Humber is ideally located for this technology, with access to existing storage capacity in the North Sea.

Keadby 3 alone would capture more than 1.5 million tonnes of carbon dioxide, 15% of the overall 2030 target set out by the UK Government last year. While CCS projects have been attempted in the past, this time is different, with government policy, appetite from industry, and advancements in technology all aligning around the drive to net zero. We are also actively exploring options for hydrogen-powered generation at Keadby, as well as hydrogen production and storage opportunities in the region, ultimately creating a major clean power hub for the Humber. 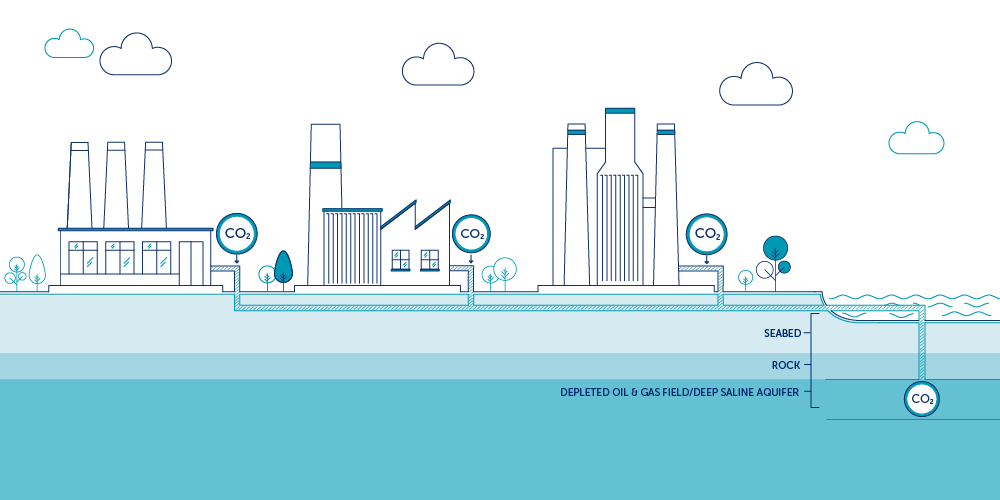 With the early deployment of Keadby 3 and other well-advanced projects from our Zero Carbon Humber partners, we can stimulate demand for the shared CO2 transport and storage infrastructure, which other industrial users can plug into to capture and store their emissions. This shared infrastructure will also enable the creation of low-carbon ‘blue hydrogen’ which can be harnessed by major industry, power generation and other key sectors. Through the 12-company-strong Zero Carbon Humber partnership, we can sustain 55,000 jobs in the region and create thousands of new ones, from steelmaking to power generation, while the development of the infrastructure itself will deliver billions of pounds in regional investment.

With over 12 million tonnes of annual carbon emissions up for grabs, ideal transport and storage options, and major energy and industrial companies working together, it’s time for the UK to put the ‘Energy Estuary’ at the heart of its climate action ambitions.

Across the globe, leaders are looking to deliver on their climate commitments in a way that creates jobs, stimulates growth, and ensures a just transition for communities. As the UK gears up to host the landmark COP26 climate change conference this November, they need look no further than the Humber.