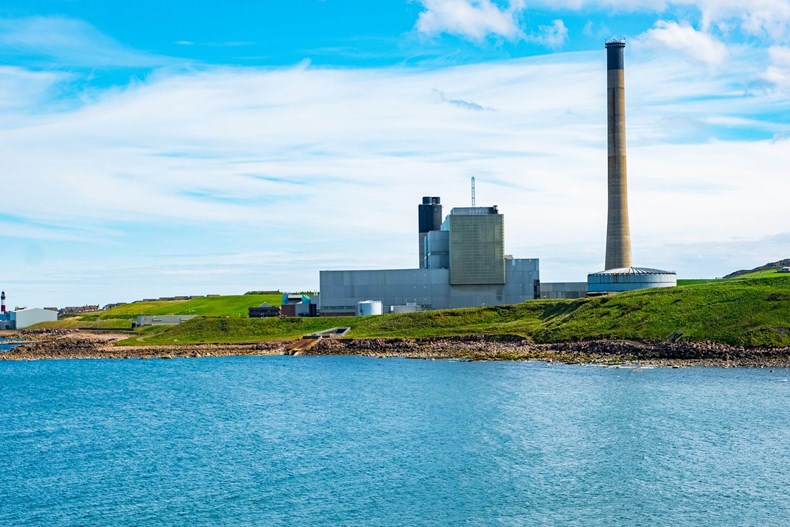 A new alliance has been formed between the Peterhead Carbon Capture Power Station, being planned by SSE Thermal and Equinor, and the Acorn CCS Project in the north-east of Scotland.

The Peterhead Carbon Capture Power Station is planned to be a new 900MW gas-fired power station fitted with carbon capture technology to remove carbon dioxide (CO2) from its emissions. As Scotland’s only major thermal power station, SSE Thermal’s existing Peterhead Power Station provides critical flexibility to the electricity system, supporting increased penetration from renewable generation while maintaining security of supply. The new decarbonised power station at the site would continue to provide this essential flexible and efficient power in a net zero world.

The Acorn CO2 Storage Site, where the Acorn Project intends to start safely storing CO2 from the mid-2020s, is located about 100km offshore in rock formations deep below the North Sea. This site alone offers around 150 million tonnes of CO2 storage and has ready-made access from repurposed gas pipelines that come onshore at the St Fergus gas terminal, just along the coast from Peterhead.

Acorn is expected to be storing between 5-10Mt of CO₂ annually by 2030 from a variety of industrial sources. If this potential is realised, this would account for at least half the target set out in the UK Government’s Ten Point Plan for a Green Industrial Revolution.

This critical infrastructure will support and accelerate Scotland’s transition to a net zero economy, while safeguarding vital Scottish industries and contributing to a just transition for workers and communities.

John Johnson, Director of Development, SSE Thermal, said: “We’re delighted to form this alliance with the Acorn CCS Project, an important step in our plans to decarbonise our power generation at Peterhead. With the captured CO2 safely transported and stored using the Acorn infrastructure, the new station would provide essential, low-carbon power to complement renewable generation and ensure security of supply. As we look ahead to COP26 in Glasgow this year, Scotland has a clear opportunity to take a leadership position on CCS technology, accelerating the net zero transition while unlocking major local investment and high-quality jobs.”

Nick Cooper, CEO of Storegga, the lead developer of the Acorn Project, said: “This important alliance will ensure this new generation power facility at Peterhead has a robust CO2 transportation and storage solution.  As we scale the Acorn project to store 20 million tonnes per year, or more, of CO2 emissions by the mid-2030s, this alliance should be one of many. It is an example of the rapidly growing demand for the Acorn CO2 infrastructure that we expect to be operational by the mid-2020s. Acorn will enable carbon intensive industries around the country to deal with their emissions and will also provide the essential base infrastructure to support the deployment of other low carbon energy projects in this region.”