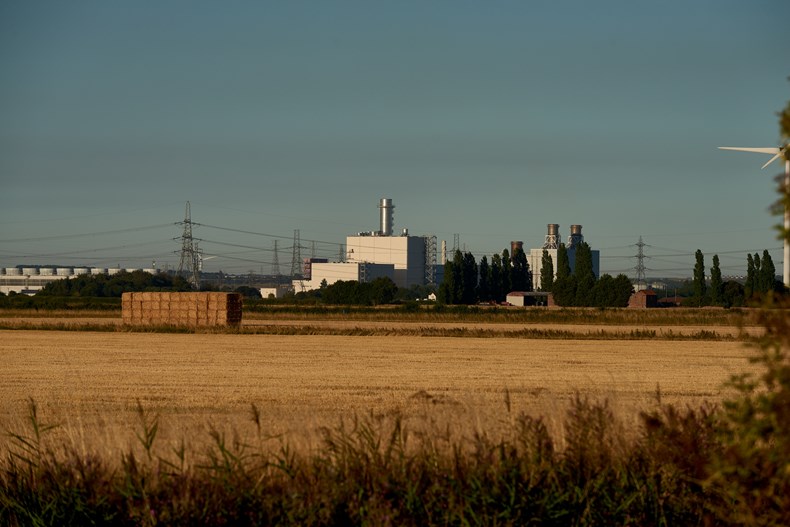 The UK Government’s proposed emissions reductions from electricity for 2035 could be accelerated to 2030 by combining its 50GW offshore wind ambition with a significant step up in deployment of Power CCS. This would require 7-9GW (equivalent to 10-12 plants) of Power CCS compared to the current commitment of at least one Power CCS plant mid-decade, according to experts at LCP Delta.

Replacing unabated gas with abated Power CCS generation will deliver significant reductions in greenhouse gas emissions. The analysis suggests that adding 7-9GW Power CCS to the UK’s 2030 offshore wind ambition will save an additional 18 million tonnes of CO2 by 2040, by preventing carbon emissions during periods when the sun isn’t shining, and the wind isn’t blowing.

Gas consumption for electricity generation would not significantly increase, given the 7-9GW Power CCS would displace older and less efficient unabated gas power stations already operating and reduce importing unabated gas generation from abroad via the interconnectors. Importantly, Power CCS can provide a safety net to capture emissions from any gas required to keep the lights on in the event of delays to the roll out of renewables or nuclear.

Power CCS also presents significant opportunities to kickstart, then transition to, a hydrogen economy, benefitting from the synergies between CCS and hydrogen, including proximity to large-scale renewable generation and gas storage facilities which can support the production of both electrolytic and CCS-enabled hydrogen.

The existing renewables ambition and the accelerated Power CCS ambition are expected to save a total of 72 million tonnes of CO2 by 2040 compared to commitments in the UK’s Net Zero Strategy from October 2021.

“Decarbonising electricity generation is not only critical to meet power sector climate targets, but to pave the way for decarbonising other sectors such as heat and transport.

“LCP Delta analysis shows that accelerating ambition to decarbonise electricity is not only achievable but also saves on costs and reduces our reliance on international gas markets.

“From our analysis, it is clear that Power CCS can play a key role in reducing carbon emissions faster. Deploying 7GW of Gas CCS by 2030 is likely to be a ‘low regrets’ option, and can support the deployment of CO2 and hydrogen infrastructure in industrial clusters, positioning the UK as a global leader in CCS.”

“Power CCS is far from the whole solution, but under current plans its potential contribution to the future energy system is not being fully realised. It can complement other technologies by helping balance an increasingly renewables-led system and is a critical bridge to enabling hydrogen deployment – accelerating the pathway to net zero.

“While the Government has committed to supporting one Power CCS project this decade, this analysis suggests there could be significant benefits from supporting multiple projects.  What’s more, setting a clear ambition now will give developers like SSE Thermal the confidence to invest in bringing project options forward for delivery by 2030.

“This will be particularly important in supporting the decarbonisation of the UK’s industrial heartlands. Now is the time to turn ambition into action.”

Speeding up delivery of the UK’s current electricity decarbonisation ambition

The UK government published its Net Zero Strategy in October 2021 and set the ambition of delivering a decarbonised electricity system by 2035, subject to security of supply.

The commitments in the government’s Net Zero Strategy would have seen the gross emissions intensity of the GB electricity system fall to 58gCO2/kWh in 2030 and 33gCO2/kWh in GB by 2035, according to LCP Delta.

Gross emissions intensity reflects the emissions per unit of electricity before ‘negative emissions’ (techniques that permanently remove CO2 from the atmosphere) neutralise residual emissions to achieve net zero.  It is important to drive down gross emissions as quickly and as cost effectively as possible.

In response to the Russian invasion of Ukraine, in April 2022 the Government set out plans to increase its renewable energy ambition for 2030 in its British Energy Security Strategy (BESS), including a target to deliver 50GW offshore wind.

According to LCP Delta, the commitments in the BESS accelerated emissions reductions for electricity down to gross emissions of 30gCO2/kWh by 2032.

In looking at options to accelerate ambition further, the LCP Delta analysis found that increasing Power CCS ambitions could cost-effectively get to the same level of gross electricity emissions intensity in the UK Net Zero Strategy by 2030. This was achieved by increasing the UK’s ambition from ‘at least one power CCS plant’ this decade to 7-9GW, the equivalent of 10-12 Power CCS plants.

The role of Power CCS in the transition to net zero

Decarbonising the electricity system is a crucial step in the transition to net zero emissions.  Power CCS captures at least 90% carbon dioxide emissions produced from the use of fossil fuels in electricity generation and industrial processes. It prevents carbon dioxide from entering the atmosphere by storing it deep underground in depleted oil and gas fields or saline aquifer formations.

The technology has been recognised by the UK’s Climate Change Committee (CCC) as a “critical and cost-effective means” to help the country achieve its legally binding net zero emissions target.

The UK’s Power CCS projects are in so-called ‘industrial clusters’, including the Humber and North East of Scotland, which are planning the shared infrastructure necessary to capture, transport and store carbon emissions. Beyond power generation, CCS can also help to decarbonise hard-to-abate industries in these clusters, such as steel manufacturing.

In 2019, SSE took the decision to align to the UN’s Sustainable Development Goals (SDGs).  The group is contributing to every step of the clean electricity value chain and has verified, science-based targets aligned to the 1.5°C pathway. SSE’s Net Zero Transition Plan outlines in detail the actions it is taking to achieve those targets, including the development of both Power CCS and hydrogen fueled power stations.

SSE’s planned investment in flexible technologies like Power CCS is part of a programme that could see the company invest at least £24bn in the GB electricity infrastructure this decade including a five-fold increase in its renewable generation and upgrading transmission and distribution networks to support a significant increase in electricity demand.

SSE has deliberately chosen to remain invested in the transition of flexible thermal electricity generation due to the key role it plays in a renewables-led, net zero, electricity system and is committed to decarbonising the generation.

Together with Equinor, SSE Thermal is developing two power stations equipped with carbon capture technology. Keadby 3 Carbon Capture Power Station is based in the Humber, the UK’s most carbon-intensive industrial region, while Peterhead Carbon Capture Power Station is located in the North East of Scotland. Combined, the two stations could capture around three million tonnes of CO2 a year.

Studies have shown that Keadby and Peterhead Carbon Capture Power Stations could make a lifetime contribution of £1.2bn each to the UK economy, creating significant economic opportunity in their respective regions. Both will be vital in supporting the huge amount of renewables which will be coming on the system.